Co-innovation as a methodological tool to help improve economic, environmental, and social results in family farming 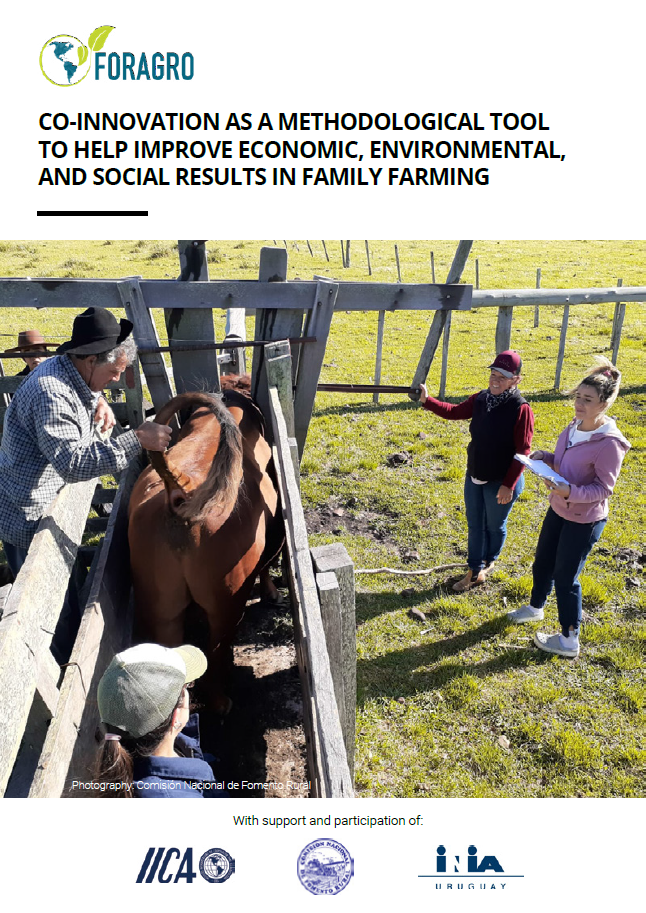 The sustainable development of family farming is strongly conditioned by the economic, social and institutional context in which it is carried out, but also by factors specific to production units themselves. The latter include not only limitations with respect to the quality and quantity of resources, but also the manner in which the production system is organized and functions in order to meet its objectives.

It is possible to increase the productivity of family farming systems by adjusting their management and, at the same time, increasing their resilience to climate variability, without this involving an increase in costs. This has been demonstrated, for instance, by co-innovation processes carried out by the National Agricultural Research Institute (INIA) of Uruguay for the family livestock farms of organizations tied to the National Commission for Rural Development (CNFR) of Uruguay.

From the Forum of the Americas for Agricultural Research and Technological Development (FORAGRO), in partnership with IICA, CNFR and INIA of Uruguay, we invite you to learn about the characteristics and potential of this methodological option. 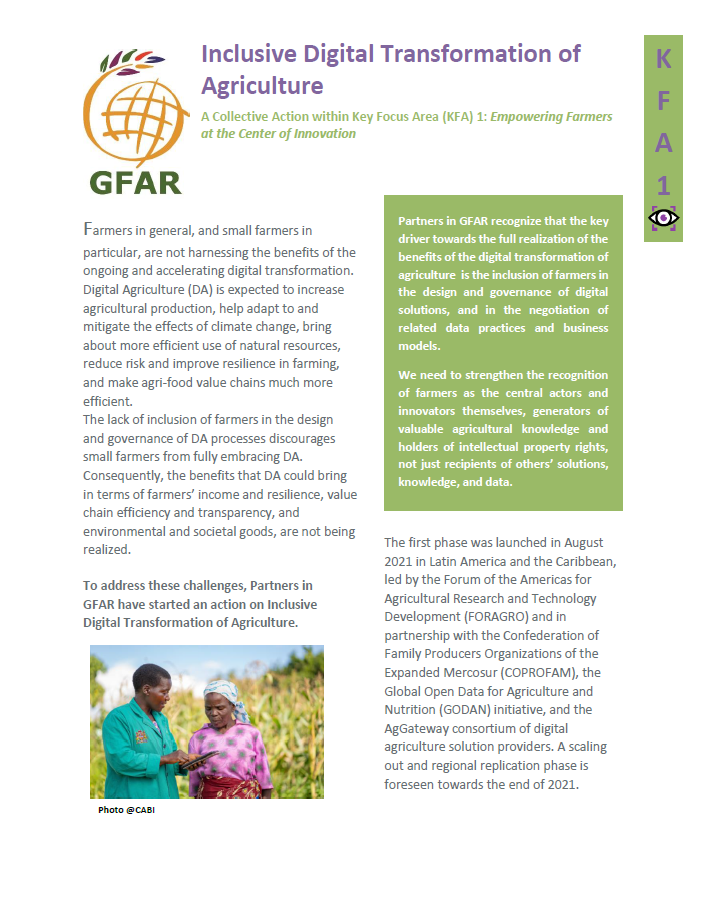 Farmers in general, and small farmers in particular, are not harnessing the benefits of the ongoing and accelerating digital transformation. To address these challenges, Partners in GFAR have started an action on Inclusive Digital Transformation of Agriculture. The first phase was launched in August 2021 in Latin America and the Caribbean, led by the Forum of the Americas for Agricultural Research and Technology Development (FORAGRO) and in partnership with the Confederation of Family Producers Organizations of the Expanded Mercosur (COPROFAM), the Global Open Data for Agriculture and Nutrition (GODAN) initiative, and the AgGateway consortium of digital agriculture solution providers.

This decision was taken by its new Steering Committee in Buenos Aires, Argentina, which also emphasized that they would work towards enhancing FORAGRO’s visibility and positioning to increase its impact in key areas of public agendas and policies.

Minutes of the First Face to Face Meeting of FORAGRO’s Assembly of Members. Costa Rica, 8-9 August 2017 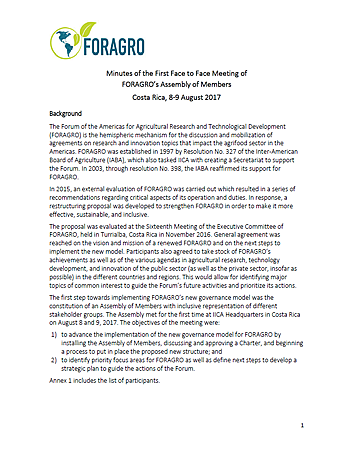 The first step towards implementing FORAGRO’s new governance model was the constitution of an Assembly of Members with inclusive representation of different stakeholder groups. The Assembly met for the first time at IICA Headquarters in Costa Rica on August 8 and 9, 2017. The objectives of the meeting were: 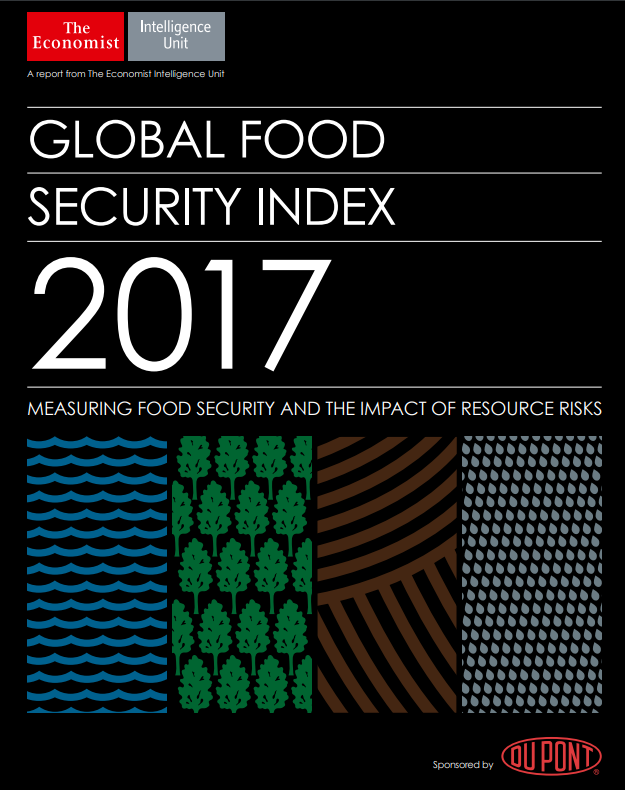 What is the GFSI?

The Economist Intelligence Unit’s Global Food Security Index (GFSI), sponsored by DuPont, provides a common framework for understanding the root causes of food insecurity by looking at the dynamics of food systems around the world. It seeks to answer the central question: How food-secure is a country? Food security is a complex, multifaceted issue influenced by culture, environment and geographic location. While the index does not capture intra-country nuances, by distilling major food-security themes down to their core elements it provides a useful approach to understanding the risks to food security in countries, regions and around the world. By creating a common framework against which to benchmark a country’s food security, the GFSI has created a unique country-level food-security measurement tool that addresses the issues of affordability, availability and utilisation in 113 countries around the world. Since its inception, the GFSI has become a policy check for governments and a country diagnostic tool for investment. Non-governmental organisations and multilaterals have turned to the GFSI as a research tool to identify key countries in which to focus advocacy efforts for food-security policy changes and developments. The private sector uses the tool as a launch pad to make strategic decisions, explore food consumption trends and develop corporate social responsibility initiatives.

How to Conduct Research on Your Farm or Ranch 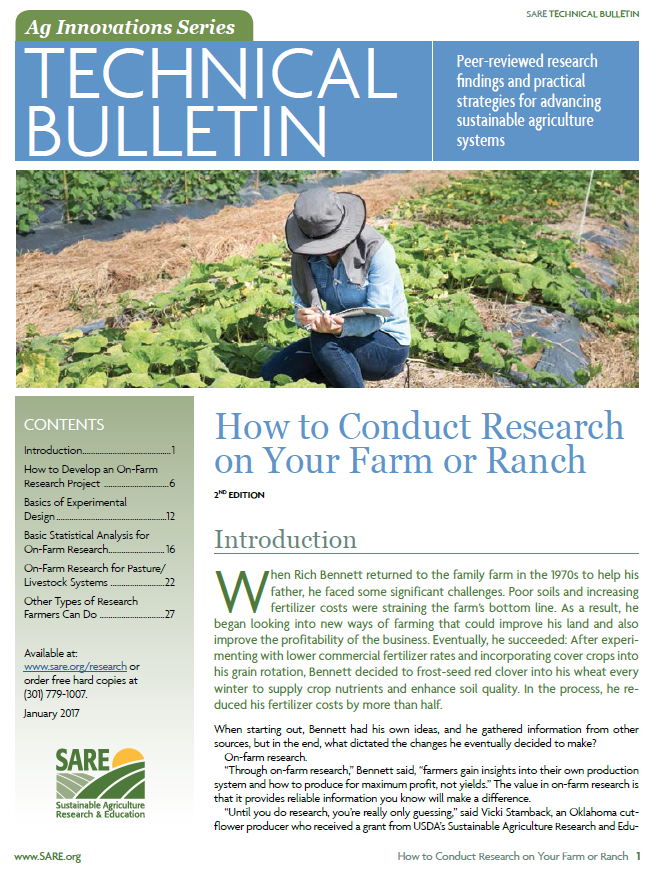 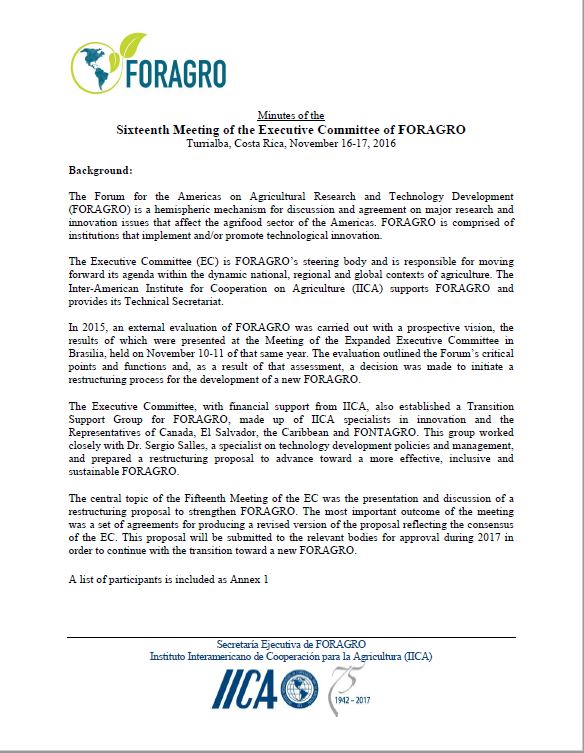 Call for Nominations for the new FORAGRO Steering Committee

The Forum of the Americas for Agriculture Research and Technology Development (FORAGRO) is the hemispheric mechanism for debate of an agreement on research, development and innovation (R+D+i) issues affecting the agriculture and food industry of the Americas.

FORAGRO is an open and inclusive organization, with voluntary membership representing the different stakeholder groups involved in agricultural R+D+i in the 34 countries of the Americas. The Forum is currently being restructured through a process that includes the establishment of new governing bodies to strengthen stakeholder representation. The highest body of the new FORAGRO governance is the Assembly of Members.

In its first face-to-face meeting held in Costa Rica in August 2017, the Assembly approved the FORAGRO Charter, which establishes the composition, organization and functioning of the Steering Committee as well as the rules for the election its members. The Steering Committee is the guiding body of FORAGRO, in charge of promoting its actions. It is the operational decision-making body for the Forum.

As mandated by the Assembly, FORAGRO's Executive Secretariat is launching the process for the election of the Steering Committee through this CALL FOR NOMINATIONS from the organizations members of FORAGRO.

The term of the members of the Steering Committee will be two years, allowing re-election for a further period. Their mandate is institutional, not personal.

Organizations which are members of the Assembly may self-nominate or nominate other member organizations. If your organization has not yet joined FORAGRO’s virtual register, we invite you to enter your organization's information using this form. If there are no nominations for any of the stakeholder groups to be represented in the Steering Committee, a subcommittee will be established to identify and propose candidates.

To submit your nomination, please send an email message to FORAGRO’s Executive Secretariat at secretaria.foragro@iica.int, with a note addressed to the President of FORAGRO, Dr. Amadeo Nicora, indicating the name and position of the person being nominated and the institution it represents. Please attach a short bio of the person who would be representing the nominated organization.

The period for receiving nominations will be open from the date of this call and until October 9, 2017. Once the nominations have been received, the Executive Secretariat will assist those groups that request it in setting up consultation processes for the election of their representatives, whether by consensus or by vote. 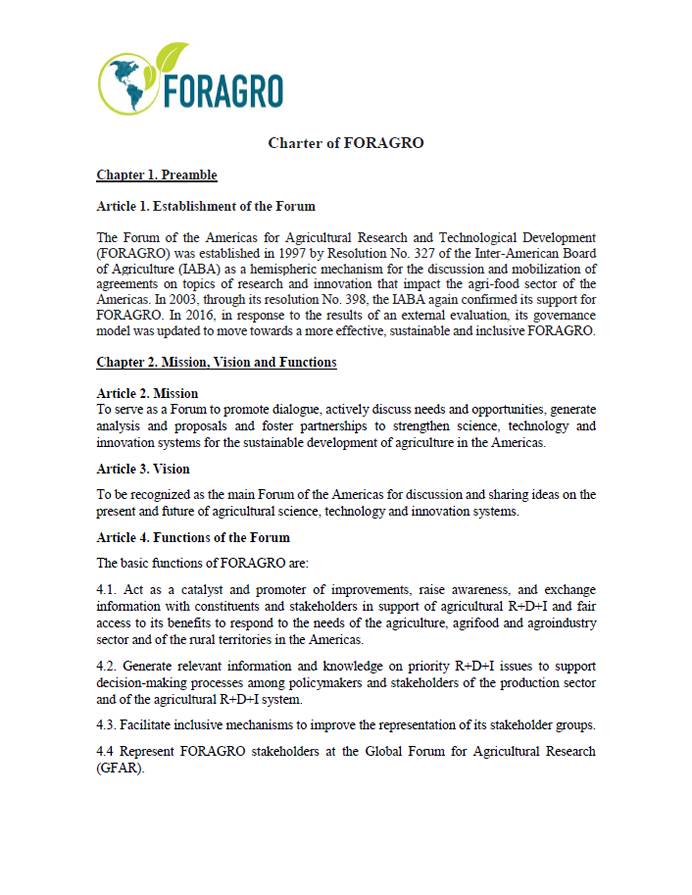 FORAGRO Charter, approved by the Assembly in August, 2017.